Every now and then a game comes along that grips you, shakes you up and makes you think differently about video games entertainment as a whole. Deus Ex: Human Revolution is one such game.

After a veritable assault of pre-trailers, cinematic trailers and gameplay trailers, I already had a pretty good idea what to expect from DEHR. I was prepared for an adaptive stealth shooter RPG with a heavy emphasis on storytelling, player choice and variety of playstyles to experiment with.

What I was not prepared for was just how perfectly DEHR would present and perform each of these elements.

I am now 8 hours into the story and it was genuinely difficult tearing myself away in order to write this up. So I hope you appreciate it, internet people! I could be hacking terminals right now! Or breezing past guards while cloaked, unloading fearsome amounts of firepower or slicing enemies up with foot-long arm blades!

The most important aspect of my first impressions of DEHR that I can share is that its gameplay mechanics work extremely well. If  you’ve seen one of the multiple gameplay trailers then you already know that as Adam Jensen, Sarif’s augmented security chief and all-round lethal weapon, you can pick from a variety of combat approaches: aggressive, stealthy or adaptive.

Go quiet or bring the noise, it’s your choice as you determine the best way to outfight or outfox your enemies and complete your objective. Thus far I have experimented mainly with being stealthy and DEHR has rewarded me with a tense and gratifying gaming experience that is reminiscent of the best elements of the Hitman series and Tenchu (that’s going back a bit!)

Stalking from cover to cover is smooth and fluid, as a simple holding of the right mouse button allows you to stick to walls and objects like glue while positioning yourself for a stealth takedown or a surprise barrage of fire. Firefights are not that impressive visually but they work perfectly well and there’s a certain satisfaction in using your surroundings well to outfight your foes. Despite Adam’s sleek and shiny array of augments, you will die very quickly if you don’t respect the rules of taking cover.

This leads us nicely to the augment system itself. As the game progresses, Adam earns experience points and cash credits. While the creds can be used to buy a multitude of essential supplies, xp is useful for one thing only: lovely, lovely augments.

To me, an upgrade customization system has been well designed if you agonize over every choice you make. By this measure, DEHR’s system is a work of art. Every time I gain enough for a new augment, I’m deliberating for at least a good few minutes on what technological wonder tool I should take.

From standard things like improved energy and damage reduction to more esoteric items such as an incredible personal cloaking device, every augment seems like a vital investment. DEHR really does give you the tools to suit your preferred playstyle. As you progress, you can turn yourself into a deadly ghost, an unstoppable combat juggernaut or any shade in between.

So, the gameplay works but what about the meat that surrounds the bones of DEHR? Well, I’m not going to give any spoilers but what I will say is that the story is compelling and extremely well told. DEHR already has my vote for the “best intro of the year” award, as the process of Adam’s reconstruction is utterly gripping.

A Mass Effect style dialogue response wheel guides you through each conversation in-game. While this may not be to everyone’s tastes, in DEHR’s case it seems balanced and nuanced so far, allowing you to pick subtle shades of grey as well as stark black and white when it comes to your chosen moral path. For example, early on you are asked to help a fellow Sarif employee break free of a blackmailing attempt, as he has been stealing company pharmaceuticals to help needy people. Moral conundrums abound in DEHR, giving the player plenty of scope to enjoy picking their way through them.

The environments of DEHR are hauntingly beautiful as well. While I’m sure the best is yet to come, so far I’m being almost assaulted by a million different little details that clamour for attention: posters, advertising billboards, even the memo’s and newspapers cluttering people’s desks, everything makes me want to stop and examine it, despite a yearning to delve further into the plot.

My one gripe is that the faces and lip-synching of the game’s characters are relatively basic. Perhaps we’ve been spoilt by L.A Noire, but DEHR’s faces simply don’t to do the quality of the dialogue or voice acting justice. Never mind, it’s bearable and not game-breaking at all.

As well as looking great, DEHR sounds incredible too. As mentioned, the voice acting is varied and engaging, but the background music perfectly complements the cool cyberpunk future that Adam inhabits. Here’s a link to the music score. Click it, enjoy it, thank me later.

Overall, I cannot sing the praises of Deus Ex: Human Revolution enough. Developer Eidos Montreal have forged a bold, beautiful and strikingly different kind of game that excels in all aspects. Combat is impressive enough to satisfy FPS fans, stealthers will have a ball and RPG addicts will likely be completely drawn into the story. There’s something for everyone here, something very special indeed.

I will return for a full analytical review of Deus Ex: Human Revolution once I’ve finished my first playthrough. The first of many, no doubt. Now, time for me to get back to another tough choice regarding augments! 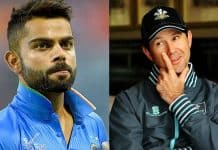